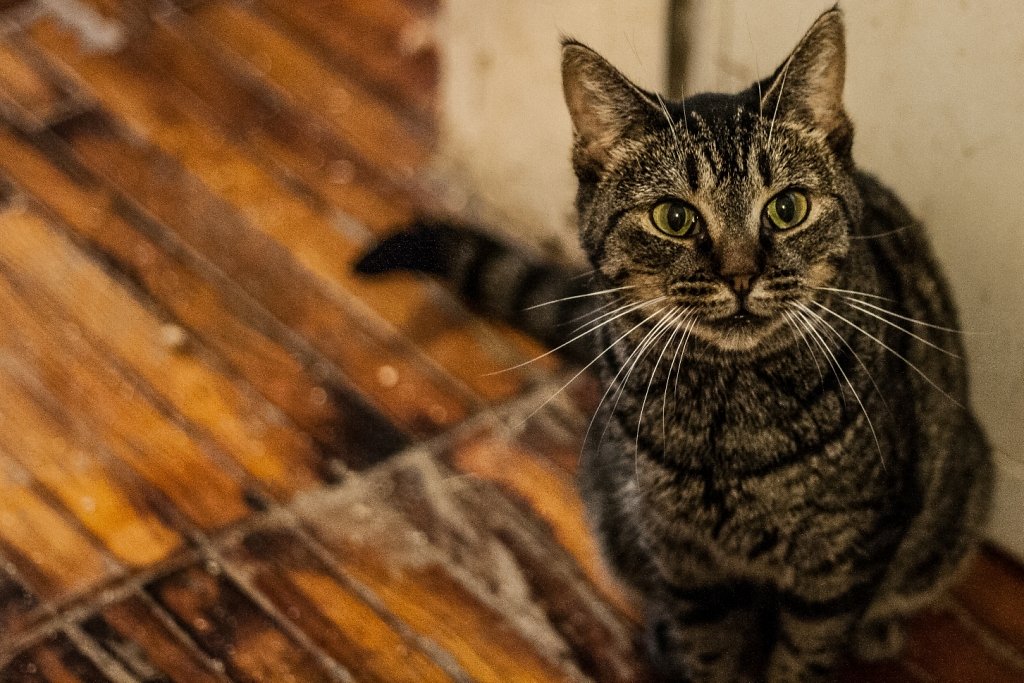 This is hugely important for so many reasons. Even though this month is designated as Cat Health Awareness….. any cat owner would argue that EVERYDAY is important and a priority for any cat parent to take care of the kittums health.

Let’s start with food…. While all cats are different, feeding cats and getting the right amount of food daily is extremely important. Cat obesity will not only lead to sluggishness in your cat, it could lead to diabetes and a whole gamut of diseases. It is important to regulate their food and keep them active and healthy. If you are concerned about your cat’s weight, it is always good policy to consult a veterinarian to find what an ideal weight would be for your kitty.

Keep your kitty active. To keep your cat at their ideal weight, you also want to keep them active. Cats love to play and it’s a great way to bond. You can invest in cat toys or make your own if you have the time. Uh, laser pointer or feather wands?!?! YES PLEASE!! Some cats love to chase a balled up piece of paper too— quick, easy and likely something you have already around the house. Get those kittums moving!

Cuddle your kitties. I think it’s a myth that cats are solitary creatures…. and don’t crave interaction with their humans? Right? Cats love a good cuddle (maybe not with strangers, uh, that would not be cool). Your cats want quality time with you! Spend time on the couch with them, snuggling up. Pet them. Rub their bellies. Stroke them between the ears. Enjoy their purring. Let them get comfy and watch all the FRIENDS reruns you can fit in… they’ll love it. I promise.

Keep their teeth healthy. This is where you will want to consult your veterinarian ….. ask them what you can feed to keep your cat’s teeth shiny and white. Your veterinarian may also recommend teeth cleaning as they get older. If teeth aren’t properly cared for, your cat will potentially lose his teeth, will have trouble eating and an infected tooth/teeth can lead to other health issues. I know you don’t want them. Keep an eye on your cats teeth and keep them well.

Get your cat vaccinated or have titer tests to see if vaccinations are necessary. Even indoor cats need to be vaccinated against disease. I’ve met folks that believe their cats do not need regular vet visits because their cats are indoors only…. this is NOT true. They need vaccinations and care just as much as cats that make it outdoors. 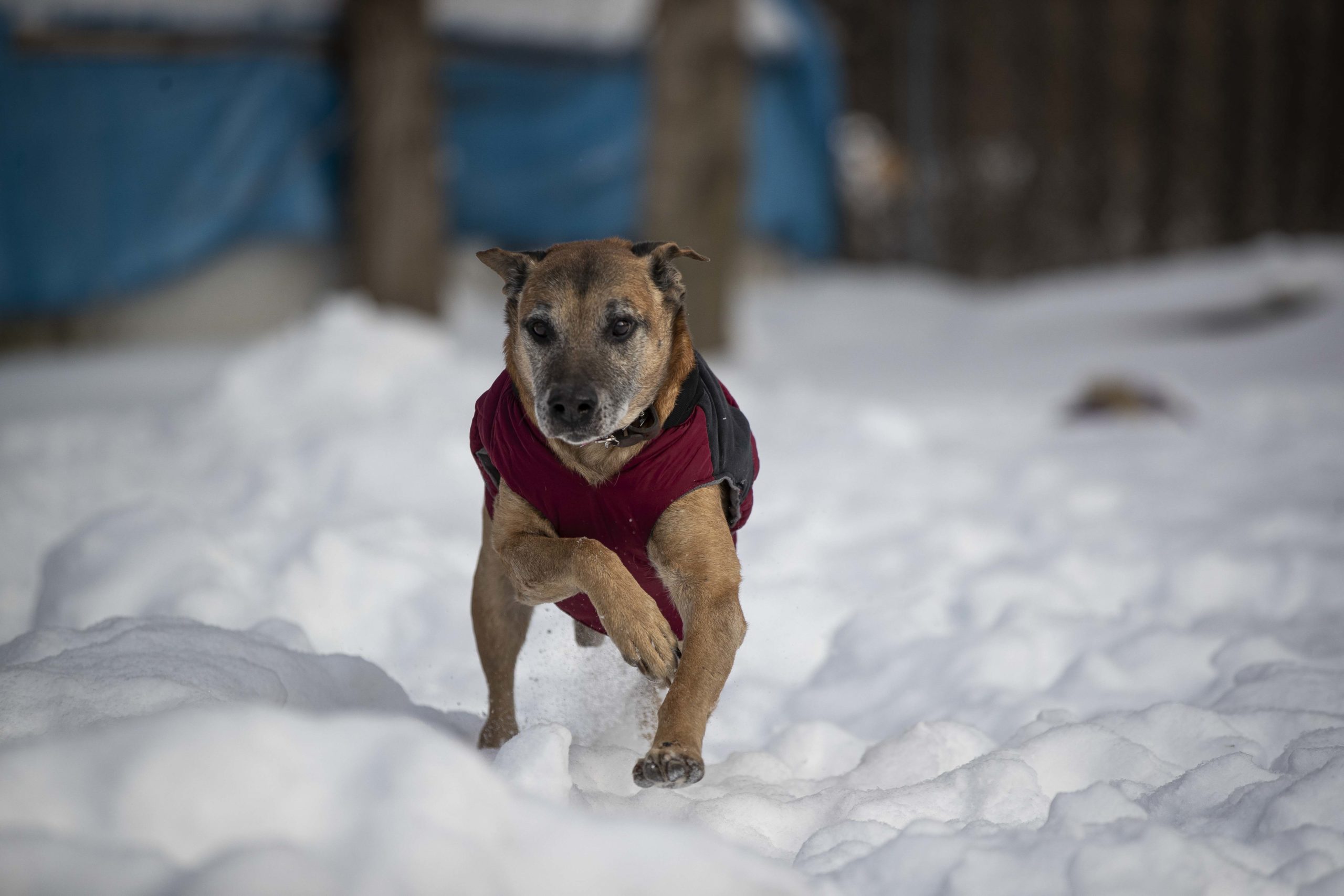 Sherman is the sweetest Belgian Malinois I have ever met. He is currently in the care of American Belgian Malinois Rescue (ABMR) and will likely spend his remaining years in their care as well. The rescue found him in a shelter in Florida where he was likely found as a stray before he made his way to the pound.

Before they could pull him from the shelter, they needed to secure a foster to take him in. Little did Sherman know, that would send him on a trip across several states and into a completely different climate. The foster available to take him was in Grand Ledge, MI….. but before he could make the trip, he needed to get well enough to travel. You see, Sherman is heartworm positive, he has a grade 4 heart murmur, an enlarged spleen and when he was pulled from the shelter he was ~20 pounds underweight. His initial Florida foster was able to put some weight on him and get him well enough to travel to his permanent foster in Michigan, but unfortunately they were unable to do any treatment for the heartworm. Sherman’s compounded health issues make him ineligible for heartworm treatment which also lowers his life expectancy.

Let’s talk about that for a minute…..There’s heartworm PREVENTATIVE and heartworm TREATMENT for those who don’t know. The heartworm preventative is something you give your dog monthly to prevent them from contracting heartworm. The actual treatment once they have heartworm is a different medicine and much more complicated.

The heartworm, once contracted, live primarily in the right side of the heart, and in the nearby large blood vessels. The female worms produce large numbers of immature heartworms which circulate in the blood.

If heartworm is not prevented, a great deal of damage can occur before any obvious signs of heartworm are even noticed. Delayed treatment may result in heart failure and/or permanent damage to the liver, lungs, and kidneys with eventual death.

Treatment for heartworm disease consists of a series of injections, based on the dogs weight, that will kill off the adult worms. The dog may be required to stay in a hospital for several days after the injections as reactions to the medication are extremely common and range in severity. Dogs receiving treatment also need to be kept on crate rest to prevent the dead worms from breaking off and causing heart attacks, strokes and could also float to the lungs and cause damage.

Back to Sherman, he is not able to receive the treatment for heartworm because he is already in bad shape and the actual treatment may be too much for him where he may not survive the injection. ABMR is taking the approach  to “prevent” new microfilaria by giving him monthly heartworm preventative in hopes it will prolong his life and stop the progression of heartworm disease.

Because of his severe health issues, Sherman will not be able to be adopted out and is considered a hospice foster dog in the care of the rescue. He will live out his senior life in the care of ABMR and his foster mom, Robin.

Since arriving in Michigan, Sherman’s foster noticed his fur was thin and equipped him with a couple of jackets and boots to keep him warm in the harsh Michigan winter climate. He’s gained another 10 pounds in Robin’s care and has gained considerable energy. She says he is sweet as sugar and perfectly content to just sleep most of the time on one of the five big dog beds that litter her floor. He is totally unassuming and doesn’t ask for much.

Along with his laundry list of ailments, his ears have a bunch of little hematomas in them and don’t stand up anymore so he doesn’t always look like a normal Malinois, but he doesn’t seem to care. Sherman also has arthritis.

Now that he is also on medications for arthritis, he is feeling so much better and is reported to even “trot” around the yard. The medications and a happy home have absolutely improved his quality of life.

This leads me to another side commentary…. Senior dogs. Whether they are dropped off at the shelter, left with rescues or just released into the world, there are some individuals, that instead of seeking better care for their senior dogs, they let them go- into the responsibilities of others. These dogs are most of the time perfectly wonderful dogs with nothing wrong other than their joints hurting them a little and their bodies moving a little slower. While these senior dogs could have more health issues than this, regardless of their health status, these animals need to find care within rescues and for these rescues it is usually allowing them to live out their lives in foster care.

For these rescues, this means sometimes extensive medical treatment and costs that they will not recoup without donations. These senior dogs are able to live their golden years in amazing care and the rescues foot the entire bill.

For those in Michigan, I want to highlight a couple rescues I know of that take in senior dogs with the anticipation they will not leave their care….

As stated above, American Belgian Malinois Rescue will take senior Belgian Malinois dogs on long term hold as do many breed specific rescues. Please consider their group as well for donations. 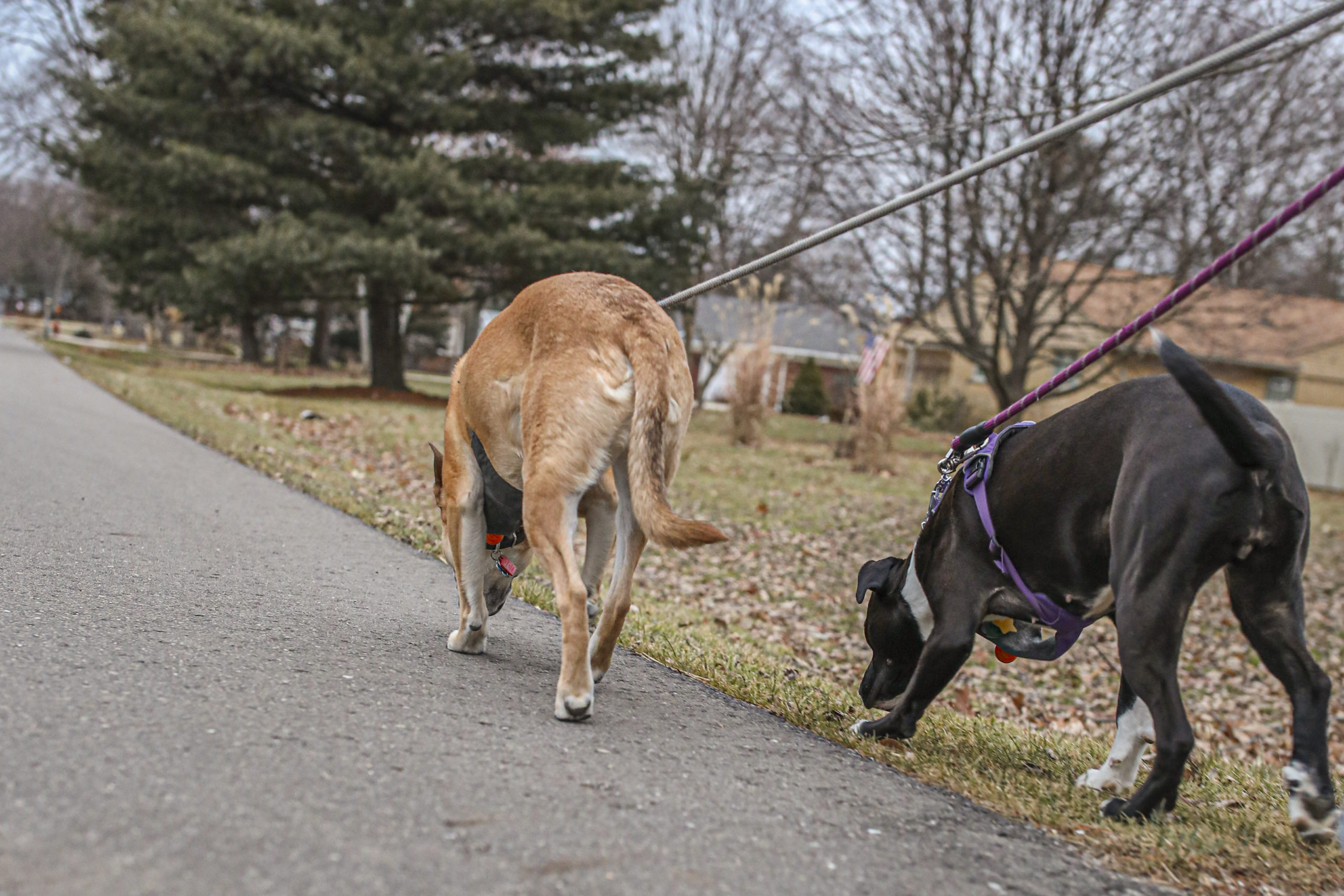 You Tell your kids or your spouse I’m going to take the dog for a “Trip around the block”, or an ”adventure in the neighborhood”. And then you spell out the word W-A-L-K versus saying it, but then you grab the leash and your dog knows. The tail wags, they’re automatically jumping up and down and they get excited. They love going for their stroll, especially with you. This is the highlight of their day!

There is a lot more to walking your dog then getting them exercise too. A lot of people argue their dog can get enough exercise by just running around the backyard.  Well, as they get exercise on a walk around the block they also get a lot of stimulation. Dogs can get bored smelling the same things over and over again. They need enrichment, they need something different, and they need the new scenery to stimulate their brains.

Let’s start with all of the physical benefits to walking your dog…… By taking them on a daily stroll, you are keeping them exercised and it helps keep their weight in control and their body conditioned. Walking them also keeps their joints moving and in better health and also benefits urinary track and digestive movement. By keeping them moving, you keep them moving longer in their lives. Dogs that are overweight and get less exercise tend to have more health issues and earlier in life as well. They get compounded the less and less they move. By walking them daily or at least 3-4 times per week, you are keeping their circulation moving more vigorously and it improves their heart health as well.

Along with all the physical benefit, there is so much more mental benefit to your pets as well. Dogs don’t like to be bored and if you give them something constructive to do, like take a stroll, they are much less likely to do something destructive (like chew the your $400 jimmy choo heels…. yes, that did happen). Walking exercises their mind as much as their body. Seeing neighborhood wildlife, other pets out with their owners, exploring new walking paths and finding that new spot to pee that you know is actually not new but seems new to them is all great mental stimulation. Walking the same space over and over in a fenced in area may leave your dogs to be bored or even cause anxiety them anxiety. Waking in new areas also releases excess energy and helps dogs sleep better at night.

Okay, I know for some of you, you just don’t have time. You want to get your dog walked every day, but work, children, events ALL get in the way. I understand this completely. There are numerous dog walking services out there though that can help with this. There’s also a huge benefit to utilizing dog walkers during the day while you’re at work. A lot of times dog walking services will pick up your dog along with several others and walk them all together. This is a great advantage in socializing your dog especially if they normally stay home by themselves a lot. Socializing is also great in stimulating your dogs brain and keeping them less bored and less likely to chew your couch.

Pet sitters and walkers are listed on page 30-32. The Michigan Canine Resource Guide© is an excellent tool to find pet vendors in the state of Michigan, not just limited to pet sitting and walking.